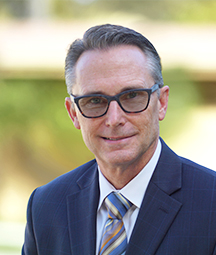 San Diego, CA – Bahia Resort Hotel, located in San Diego’s coastal Mission Bay neighborhood, is pleased to announce Jim Chester as its new General Manager. Previously serving as the company’s Director of Food and Beverage for nearly a decade, Chester will now oversee daily operations for the 313-room bay side resort in his new role.

“The Bahia Resort Hotel has been a key member of the Mission Bay community since the 1950s, and I am honored to be selected as the leader of our dedicated managers and team members,” said Chester. “I look forward to building upon the Bahia’s legacy, while continuing to create memories for our guests and the community.”

Prior to joining Evans Hotels, Chester served as the Director of Food and Beverage of the AAA Four Diamond DoubleTree Hotel Sonoma Wine Country from 2004 to 2009. Before that he was a General Manager for Viansa Winery in Sonoma. Chester began his career in the hospitality industry with the successful ownership and operation of two Domino’s Pizza franchises for nearly a decade.

Chester is a University of Alabama - Huntsville alum and earned a Gold Key Award for “Hotel Leader of the Year” from the San Diego County Hotel and Motel Association in 2015. During his spare time, Chester volunteers as a mentor at Mount Miguel High School’s Academy of Hospitality and has previously served on the Board of Directors for Discover Pacific Beach.

To learn more about Evans Hotels and the Bahia’s leadership, please visit EvansHotels.com.

Back to Press Releases

When You Book Direct on BahiaHotel.com

Save big on your next San Diego vacation and receive the lowest room rates when you book direct.

At the Bahia Resort Hotel, the safety and well-being of our guests and employees is always our top priority.

Get Exclusive news and updatesSign Up for Bahia Offers

Please fill in your full name to receive information about promotions, packages, and events at Bahia Resort Hotel.